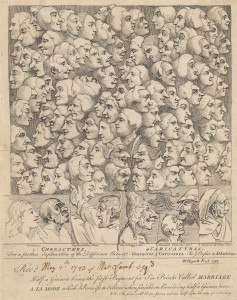 “This is your brain on Jane Austen…” declared the recent Stanford news description of the work of Natalie M. Phillips on fMRI brain images of graduate students reading Austen both attentively and in a more leisurely mode. The story of this research collaboration among “neurobiological experts, radiologists and humanities scholars” was featured by news outlets around the world, indicating the broad appeal of research that applies the newer tools of cognitive neuroscience to humanities analysis.

Phillips’ work with cognitive scientists develops that of cognitive humanities scholars such as Alan Richardson, Jonathan Kramnick, Blakey Vermeule, and Lisa Zunshine. These pioneers in the field of what some call “Cognitive Cultural Studies” ask how the new research on the brain should impact our analyses of cultural production in the eighteenth century. Phillips augments this work by actually producing some of the new research on the brain. While this collaboration between literary and scientific scholars seems exciting and new, in some ways it actually returns to the eighteenth-century model of discourse in which poetry and chemistry, music and astronomy mingled interactively (as Richard Holmes’ The Age of Wonder amply details).

This 18th-Century Common Collection on Cognitive Science and 18th-Century Studies gives readers tantalized by Natalie Phillips’ research on “your brain on Jane Austen” opportunities to learn more.  Click Join Us if you’d like to contribute to this Collection.

Here are some preliminary avenues of exploration:

We might have grown skeptical about our cultural legacy, but it is quite natural for us to assume that our own cognitive theories are the latest word when compared with those of our predecessors. Yet in some areas, the questions we are now asking are not too different from those posed some two-three centuries ago, if not earlier. 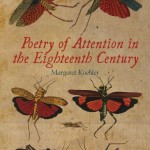