In The Age of Wonder, Richard Holmes focuses his chapters “Herschel on the Moon” and “Herschel 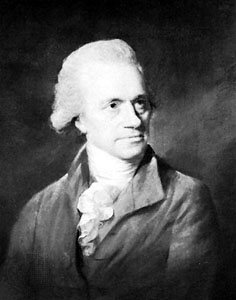 Among the Stars” on telling the story of William Herschel and his scientific career as well as Caroline Herschel’s role in her brother William’s success.  While Holmes does credit Caroline at times for her important role in William’s achievements, he does so only in a very cursory manner, and he has a tendency to view Caroline’s ambition as simply her desire for her brother’s success.  Unfortunately, Holmes does not pay much attention to Caroline’s personal and professional ambitions.  While Holmes does not completely ignore Caroline or her role in Romantic-era natural philosophy, he fails to appreciate and describe fully Caroline’s original research because he consistently figures her as William’s subordinate.  Holmes repeatedly relies on a coded language of gender to depict Caroline as some sort of “mistress” in William Herschel’s projects of scientific discovery (184).  In this brief essay, I suggest that we need to remove this gendered lens when considering the contributions of Caroline Herschel to developments in astronomical science during the period of 1780 to 1848.  By doing so, I show that Caroline suddenly emerges as a very ambitious individual producing much scientific work on her own.

Holmes reveals how dutiful a sister and assistant Caroline was to William, but he also implies that Caroline found such a role entirely fulfilling.  In “Herschel Among the Stars,” Holmes explains how William attained “a separate royal stipend for Caroline as his official ‘astronomical assistant’” (178).  Furthermore,  Holmes proposes that William requested that the stipend come officially from Queen Charlotte as a way of maintaining some sense of conventionality in the bold move of paying a woman for doing scientific research.  William wrote the request with a “fine mixture of reason, politesse, and provocation.  It also contained the interesting claim that the idea for the request had come from Caroline herself” (178).  The latter passage is lost in a paragraph in which Holmes details William’s efforts to attain a salary for his sister.  This subtle decision on Holmes’s part shows that he does not even consider the idea that Caroline may have been seeking out a salary for herself because she desired some credit for her work or a sense of financial independence from her brother.

Another example of this subtlety occurs when Holmes is discussing other women in the scientific world of the late 1700s.  Holmes rightfully states that it is difficult to be indignant about the unequal salaries for male and female scientists when considering the “contemporary standards” of the eighteenth century (179).  He points out that “only in the next generation was it possible [for a woman] to have a career like the physicist Mary Somerville” (179).  Then, in the last sentence of a paragraph highlighting the gender inequalities of women in science, Holmes states, “But then, Caroline did live long enough to exchange letters with Mary Somerville drily remarking on this situation” (179).  This passage suggests that Caroline did have thoughts and feelings about the boundaries enforced on women in science, but Holmes fails to explore this possibility in depth because he does not cite any letters or exchanges between Caroline and Mary regarding this matter.  In fact, in my attempt to track down this “correspondence” between Caroline and Mary, I followed Holmes’s citation to Memoir and Correspondence of Caroline Herschel to find that only a single letter exists here between the women.  The letter Holmes refers to is actually a brief note from Mary to Caroline in which Mary writes about her new book and in no way “drily remark[s]” on the nature of women’s careers in science during the era as Holmes suggests (Memoir and Correspondence of Caroline Herschel 274).   In short, Holmes’s evidence here obviously requires further elaboration and especially substantiation.

Another example of Holmes’s limited perspective of Caroline is addressed through the discussion of William’s decision to marry Mary Pitt.  William was “divided between attraction to Mary Pitt, loyalty to his sister, and dedication to his science,” but in committing to a wife change was inevitable (184).  Holmes declares that “Caroline had much to fear” because of the change in family dynamics (184).  While it is highly plausible that the idea of William’s marriage was upsetting to Caroline because the sibling pair had such a close relationship, Holmes’s use of the word “fear” suggests that Caroline was clinging to William for her life, and such a reference does not allow readers to view her as strong or independent.  While the tension between Caroline and William is quite evident, Holmes is once again emphasizing Caroline’s subordination and ignoring any possibility of her personal ambition and independence.

Caroline does more than assist her brother’s scientific career; she makes discoveries of her own of course.  The following excerpt from a letter Caroline wrote after discovering her first comet reveals just how capable she is on her own:

The employment of writing down the observations, when my brother uses the 20-feet reflector, does not often allow me time to look at the heavens; but as he is now on a visit to Germany, I have taken the opportunity of his absence to sweep in the neighborhood of the sun, in search of comets.  (Caroline Herschel, An Account of a New Comet; read at the Royal Society, Nov. 9, 1786.)

Caroline discovered her first comet while observing the night sky through her brother’s telescope.  Caroline’s implication that William’s “absence” provides her an “opportunity” depicts her as not simply a doting assistant but as a scientist with individual objectives.

Caroline was not only very bright but also confident . . .  [O]ne might expect that a woman raised to be an uneducated servant would be filled with self-doubt.  But Caroline knew an idiot when she saw one and was savvy enough to keep it to herself.  Her ambition was powerful.  (46)

Lemonick points out that the odds were stacked against Caroline as she was not expected to amount to much in her scientific endeavors, but he puts more emphasis on the determination that allowed her to reach a greater potential in life.

While Lemonick’s and Holmes’s portrayals of Caroline do not differ greatly, it is Lemonick’s attention to Caroline’s strength as an individual that distinguishes his work from Holmes’s.  Acknowledging Caroline as a capable individual with ambition and drive widens his viewpoint and allows for a more thorough, well-rounded depiction of the Herschel siblings.  Holmes’s tendency to exhibit Caroline as a subordinate attached to William creates a patronizing representation of her and leads to gaps in his writing as a whole.

Patricia Fara also discusses the story of Caroline and William Herschel in her book Pandora’s Breeches.  She draws our attention to the danger of turning Caroline’s success into more than what it really was.  Many historians and biographers, Fara points out, try to “convert her into a female icon of science” and “have rewritten Caroline Herschel’s story to underline . . . the contributions she made towards breaking down prejudice against scientific women.”  Fara argues:

When does a shift of emphasis become an exaggeration, a distortion?  Scientific women have been concealed for so long that it’s very tempting to overstate the case and convert them into unsung heroines.  Retelling women’s stories to make them conform with modern ideals is historically insensitive; moreover, it is not very helpful for understanding how the past has led to the present.  (149)

As Fara contends, feminists have sometimes misled us by overemphasizing and exaggerating women’s contributions from the past.  I agree that overstating Caroline’s role would be an ignorant and narrow approach to any history of astronomy during the long-eighteenth century.  However, I disagree with the other end of this critical spectrum represented by Holmes—that Caroline’s greatest accomplishments lie in assisting her brother.  Fara writes:

Far more than a simple helper she was indispensible for establishing William Herschel’s reputation and compiling his work for publication.  Through her collaboration with her brother, Caroline Herschel strongly affected the course of astronomy.  This aspect of her achievements seems far more significant than her discoveries of a few small comets.  (150)

I think there is a position between these two opposing ends, and I argue that, while her collaborative work with her brother was a significant portion of her work, it was the moments when Caroline was working alone that she made her greatest contributions.

Lemonick, Michael D. The Georgian Star: How William and Caroline Herschel Revolutionized Our Understanding of the Cosmos. New York: Atlas &, 2009.

Trista Johnson is an undergraduate student at Union College where she is majoring in English.