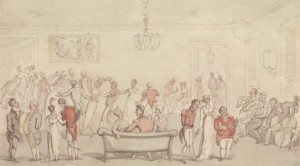 James Thompson is Professor of English at the University of North Carolina. He is the author of Between Self and World: The Novels of Jane Austen; Models of Value: Eighteenth-Century Political Economy and the Novel; and co-editor (with Suzanne Pucci) of Jane Austen and Co.: Remaking the Past in Contemporary Culture.