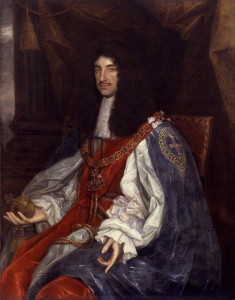 The historical proliferation of authors “borrowing” the works of other authors has led to numerous critical studies in appropriation, what Christy Desmet characterizes as “literary influence . . . grounded in metaphors of conflict.”  The concept may also be defined as taking possession of a text for one’s own, often cultural, purpose.  In doing so, the author creates a “dynamic intertext:  the works reflect the cultural charge that produced them, but the works may go on to affect the culture once they are re-produced.”[1]  But while authors have appropriated literary works for centuries, they have also appropriated historical settings and places well outside their own realities, creating new works in historical settings that reflect a new cultural purpose.  “Both the Elizabethan age and the Restoration,” explains Martha Rozett, “are frequent subjects of popular formula-fiction romances due to their distinctive, easily replicated atmospheres; both also have inspired a great deal of serious, traditional historical fiction and fictionalized biography as well.”[2]  However, comparisons between historical fiction and actual history, contends Alan Marshall, often reveal that the two have little in common, “yet both genres possibly still have much to learn from one another.  Indeed if popular and just occasionally academic history has become more novelistic in tone at times, then sometimes historical novels have become more academically serious.”

Certainly, scholars have long had a love/hate relationship with Restoration England’s excesses as well as with its political heavy-handedness.  Alexander Pope’s rather unflattering reference in Imitations of Horace to “Days of Ease, when now the weary Sword / Was sheath’d, and Luxury with Charles restor’d” plays on those excesses as well as on the fickle masses, as Dryden says, “Now Whig, now Tory.”  The restoration of Charles II, however, was a momentous occasion, celebrated certainly by a large majority for bringing order—a prerequisite for eighteenth-century political and cultural stability.  This “spirit of order” was essential to a cultural harmony following years of Civil War and its absence of a controlling monarchy—whether good or bad.  This harmony, however, argues Gerald Marshall, was bought at the price of personal identity, making the Restoration not unlike the Protectorate in some ways.[3]

Nevertheless, whatever its political and social flaws, the Restoration presented authors who had distance from it a picture of relief—a tyrant removed and his right-wing religious conservatism with it.  It was the sixties—albeit the 1660s—a time for tricksters, rakes, subversive women and sexual energy on the stage.  It was a time of fun for those with the means to partake of it.  The “good old days” are, of course, always better from a distance, but writers on through the twentieth century found the Restoration an apt setting for their fictions about prostitution, political intrigue, and tragic or comic historical events, especially for the cinema.

Rose Tremain’s 1989 bestselling novel Restoration; A Novel of Seventeenth-Century England, made into an Oscar-winning film for Best Art-Direction/Set Decoration and Best Costume Design in 1995, embraces both the excess and the tragedy of Restoration England.  As Marshall concludes, Tremain’s Restoration

. . . is not Scott by any means; it is very readable for one thing, has engaging characters and is not that improbable in its story. . . .  Instead it is really a novel about ideas, which happens to be set in the past, and it can lead us to ponder and then go on to explore many of these ideas in a genuine historical context, which is perhaps what the really good historical novel should do.  (2) 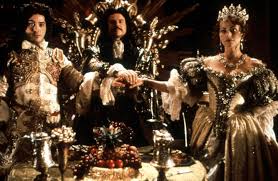 Restoration follows characters such as the rakish Robert Merivel and Quaker John Pearce through life-forming events as a paradoxical Charles II exudes an omniscient presence over them and the nation.  The King replaces God in his consuming power, sensitive to all things, and he demands order in his kingdom and a particular skill from his subjects, stressing that no man should rise above his own talents.  Tremain’s novel capitalizes on the plague and the fire to move the story as well, but she relies particularly on the opulence of the court and on stories about Charles II’s personality for particular scenes.  When the King arranges a loveless marriage between Merivel and Celia, one of the King’s mistresses, in order to have her close by, he also presides over the lavish arrangements.  “For the King,” Merivel tells us, “moves like God in our world, like Faith itself.”[1]  Merivel relates, “How shall I describe my wedding?  It was like a tolerably good play, a play of which, long after the thing was over, certain lines, certain scenes, certain arrangements of people and costume and light return vividly to your mind, while the rest remains dark” (25).

Theatre images like this one abound in the novel.  Once he becomes a ward of the King, Merivel becomes an actor in an elaborate scheme, abandoning his love for and skill in medicine for the pleasures at court, also ignoring the King’s warning that no man should rise above his own talents.  Merivel fails at learning to play the oboe, at painting, etc.; but the King accepts Merivel’s exploits, at least for a while, because, as he says, “You are utterly of our times.”  When the King gives Merivel and Celia his house at Bidnold, Merivel delights in this newfound wealth—wealth that will prove to have many strings attached:

Now, I had thirty rooms in which to spread myself.  In one almost circular room in the West Tower, I let out an involuntary yelp of delirium, so perfect did the space seem—for what, I didn’t know or care. . . .  I had come at last to . . . ‘the divine banquet of the brain’.  And the banquet was mine!  I sat down and took off my wig and scratched my hogshair and wept for joy.  (27)

Finally, Tremain’s novel appropriates time and place for a story that depends on the political climate, the social hierarchy, the scene at court and the many eccentricities prevalent in Restoration London.

So why “romanticize” the Restoration, a time rife with crime, disease, poverty, and discrimination, and a period with no antibiotics, no human rights, and no social mobility?  Maybe we are nostalgic because it was a new beginning, a move away from civil war and religious oppression.  It introduced women on the stage and a savvy, if not sexy, King.  After the Puritans, opulence was fun again, sex was fun again.  It was, after all, the 60s.