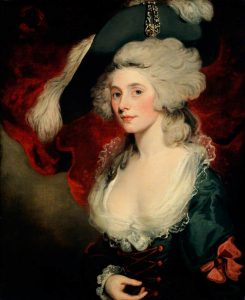 Robinson’s acting and amours sparked her popularity, but it was her fashion sense and style that kept the flame ablaze.  By decorating herself in stunning confections known as the “Perdita Hood,” the “Robinson hat for Ranelagh,” the “Perdita handkerchief,” and the “Robinson gown,” she transformed herself into one of the foremost fashion icons of her day and sent the stylish set into a frenzy.[4] 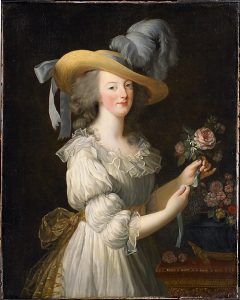 Terry F. Robinson is an Assistant Professor at the University of Toronto. Her work focuses on eighteenth- and early nineteenth-century literature, drama, and culture (c.1660-1830). Her current book project explores artistic innovation on the Romantic-period stage and page in light of eighteenth-century acting theory and practice. In addition to writing about theatre and drama, she writes about the history of the novel, arts and fashion, aesthetics, literature of empire, sexuality and gender, and women’s literature.