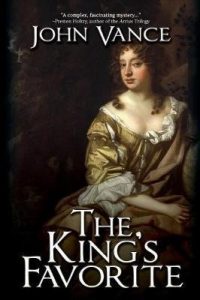 From a dedicated and, I guess, decent enough scholar to an unabashed and unapologetic novelist, my journey has culminated in a novel employing my previous scholarship and deep interest in one of the most fascinating, yet still generally under-appreciated, periods of English history—the Restoration.  The novel The King’s Favorite (published by an independent press in the summer of 2018) is a mystery thriller featuring fictional and factual characters—most notably Lady Castlemaine, Nell Gwynn, and Charles II.  The genesis of the novel goes back almost twenty years, when I was mixing my scholarly work with my dormant love of theater, which recommenced in 1986 when I agreed to portray Ernest in Wilde’s memorable comedy.  In addition, I wrote thirty-five plays from 1994 to 2011, one of them being “The King’s Favorite,” a play I didn’t intend to cast and present to an audience as I did the others.  The following year, at the 2000 SEASECS conference in Savannah, I read a paper on the construction of the drama, which concentrated primarily on four women–two fictional and the other two being Barbara Villiers and Nell Gwynn.  Returning home after the conference, I deposited the paper in the archives, assuming I would do nothing more with it. 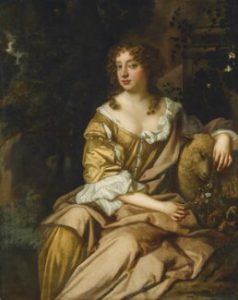 Turning from playwriting to fiction, I was fortunate enough to have a number of novels accepted for publication by several independent presses, most with contemporary settings, although two were set in 1897 and another in 1860.  Only then did I buckle under the weight of guilt for ignoring the period that inspired half of my academically published work.  All right, then—my next novel would have the Restoration as a backdrop, but what kind of novel would it be?  A sweet yet tragic romance featuring the son of one of Charles II’s ministers and the Puritan daughter of one of the men executed in 1660 for signing off on the beheading of Charles I eleven years earlier?  Or how about a paranormal novel featuring James, the Duke of Monmouth, and the sale of his soul to an enticing devil in disguise named the Duchess of Dybbuk?  Why not a delicious and graphic shocker about Queen Catherine’s complete mental collapse and the subsequent murder of every woman her husband had ever slept with?  A blood and guts corker with vast amounts of actual blood and guts strewn in every nook and cranny of Whitehall?  But then I thought, “What about my old closet (and closeted) drama ‘The King’s Favorite,’ now collecting dust and cobwebs?” 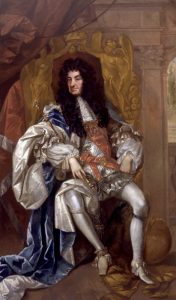 Being a frugal writer of scholarly books and articles, I hated wasting anything I found valuable from my research.  Therefore, I would send smaller pieces to the likes of Notes & Queries, The Scriblerian, and Restoration.  Because I carried over that frugality to my novel writing, I decided to use the play and the title for my novel about the period.  But I needed more by way of a plot to flesh out the work.  Accordingly, I chose to expand the plot by using a plot—against Charles II’s life.  But a fictional attempt on the king’s life wouldn’t be enough to involve all the central characters, I concluded.  I needed something else—something juicier than a mere assassination scheme.  “Think,” I said, “what’s the first thing that comes to mind when you see the word ‘Restoration’?”  Well, I hesitated not a whit in coming up with the answer–SEX.  With that ingredient thrown into the mix, I was ready to write.

The book opens with the discovery of the king’s most recent favorite, the lovely Elizabeth Keller (fictional), lying dead in one of the bedrooms at Whitehall.  So we commence with the “who-done-it” and “why-was-it-done” right off the bat.  The book doesn’t lack for suspects—one being the notorious and irrepressible Lady Castlemaine, who has long been a subject of fascination to me.  Without sounding too démodé, she tops the list of historical women I’d like to have a private cup of tea with in the darkest corner of Whitehall.  As for Nell Gwynn, she heads the category of historical women with whom I’d most like to drink beer at a ball-game.  Placing the spotlight on Charles, Nell, and Barbara especially was a delight, and I included as much historical accuracy as possible, even quoting what they actually said or what others said they actually said.  The fictional women characters are in my most humble opinion also captivating and intriguing.  The reader might also find enjoyable the appearances of Rochester and Frances Stuart—as well as the fictional males with their dastardly colluding and conniving.  (My SEASECS friends—female and male–can wonder if I modeled any of the characters on them). 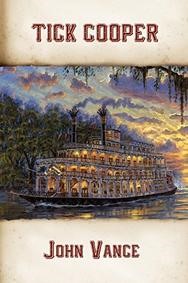 In addition to publishing work on Wycherley, Dryden, Pepys, Cibber, Garrick, and Sheridan, my love of and experiences in the theater demanded that I write into the novel a number of scenes set at the Kings Theatre.  Here I was forced to give Tom Killigrew the old heave-ho and replace him with a fictional character involved in the comings and goings of the plots.  But actual actors and actresses are mentioned and/or discussed (some substantially) by the characters, as are some forty other historical persons—from Peter Lely and the Duke of York to Queen Catherine and Louise de Kérouaille.

I decided on a date for the events of the novel (later autumn of 1670) and since I realized I wouldn’t be able to find a time when all I wished to depict would be perfectly accurate, I pulled out my artistic license—saw that it was still valid—and “bent” a few months this way and that to make everything fit.  For example, I slightly delayed Barbara’s elevation to the title of Duchess of Cleveland.  As for the speeches and meetings I created, they were also shaped by our knowledge of the events of that year and the historical Charles, Barbara, and Nell.  I was furthermore determined in my fictional dialogue to advance the spirit of wit that we find so darn appealing in the period.

In short, it was a most enjoyable project—one that proved the non-adage, “You can take the boy out of the scholarly pasture (through retirement), but you can’t take that pasture out of the boy.”  The odors are just too enticing to close one’s nose to.

John Vance is a retired Professor of English at the University of Georgia. In retirement, he is a productive novelist and doting grandfather.