Scholars and Students Respond to Richard Holmes’ The Age of Wonder

Richard Holmes’ popular book The Age of Wonder:  How the Romantic Generation Discovered the Beauty and Terror of Science (Knopf, 2009) captured the imagination of the nonacademic reader; it was one of the New York Times’ Top Ten Books of 2009, a finalist for the National Book Critics Circle Award, and winner of the Royal Society Prize for Science Books.  The appeal of Holmes’ book is its interdisciplinary subject; that is, The Age of Wonder does not merely tell the life-stories of idiosyncratic scientists but uses those biographies as a way of telling the story of the interdisciplinary foundations of modern science:  the musicians William and Caroline Herschel who mapped the stars and discovered Uranus, the poet-chemist Humphry Davy.

Nonetheless, The Age of Wonder omits the more complex contexts that scholarly accounts offer of the inextricable relations between science and the arts in this foundational era.  This Collection offers readers a view of those contexts, including published scholarship on this subject, commentary on Holmes’ book, as well as links to related resources, texts, and images around the web for readers who want to explore further.  Click Join Us if you want to contribute to this Collection.

Faculty and students at the University of Pittsburgh at Greensburg are working on a long-range digital project — Digital Archives and Pacific Cultures — to code and analyze the voyage narratives of eighteenth-century European expeditions to the Pacific, together with the English poetry and print media that responded to the published accounts of Pacific voyages. We are attempting to study the cross-cultural significance of European voyages in the Pacific and cultural contact experiences in Oceania and Australia, using digital coding and “text-mining” to collect information from very long voyage records in systematic ways through computational methods.

Iceland and Eighteenth-Century Travel and Exploration 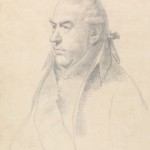 A small but significant body of English-language writing on Iceland started appearing in the last decades of the eighteenth century and the early years of the nineteenth, much which proclaims itself to be the product of exactly the sort of scientific and philosophical curiosity that… 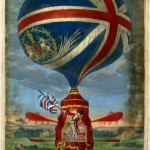 Balloonomania gripped France and England in the 1780s as numerous inventors ascended in hot-air balloons in the first human flights. 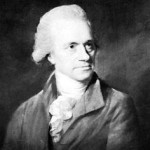 The music and astronomical work of Sir William Herschel, around the web.

The Age of Wonder and the Image of Genius 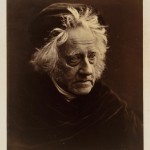 What does genius look like? One place to start is the hair, to judge from photographs of Albert Einstein. The famous physicist was not the first to suggest that an unkempt mane is a sure sign of an active mind. When […]

What Does Science Owe to Wonder? 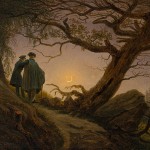 Richard Holmes designates the “Romantic Age of Science” as The Age of Wonder, but what of wonder before the late eighteenth and early nineteenth centuries? For over two thousand years before Holmes’ “Romantic generation,” Pagan then Christian thinkers viewed wonder as […] 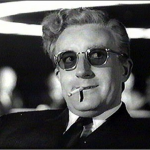 The archetype of German mad scientist continues to evoke fascination and wonder. In the twentieth century the early cinematic portrayal of the mad scientist from Fritz Lang’s Rotwang in Metropolis and Robert Wiene’s Dr. Caligeri in the Cabinet of Dr. Caligeri, contributed to […]

Wondering and Wandering About Africa 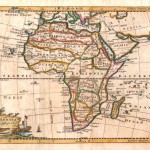 Richard Holmes’ chapter on “Mungo Park in Africa” fits rather uneasily within the rubric of The Age of Wonder and thus illustrates the some of the shortcomings of the book’s popular history.  Holmes presumably includes Mungo Park’s 1794 voyage to explore the […]

The Fusion of Literature and Science in Shelley’s Mont Blanc 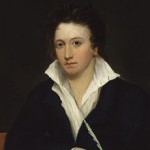 The Romantic poets are often viewed as antagonistic to science.  For example, Theodore Ziolkowski suggests in his article, “Science, Frankenstein, and Myth,” that the radical application of science practiced by the Romantic-era polymaths often became a “mindless pursuit of knowledge with no […]

A Reconsideration of the Work of William and Caroline Herschel

In The Age of Wonder, Richard Holmes focuses his chapters “Herschel on the Moon” and “Herschel Among the Stars” on telling the story of William Herschel and his scientific career as well as Caroline Herschel’s role in her brother William’s success.  […]