This Collection gathers contributions to The 18th-Century Common that do not (yet) fit into the other topical Collections.

Click Join Us if you would like to contribute work that does not fall into another Collection but would be of interest to the readers of The 18th-Century Common.

Pierre Bayle and the QAnon “Skeptics”

The seventeenth century faced cultural division and a concern over the erosion of truth and authority. What can we learn from Pierre Bayle and his call for tolerance?

The first English translation of Alain-René Lesage’s The Devil upon Two Sticks appeared in 1708. Daniel Froid discusses how its central devil figure offers readers the pleasures of voyeurism while also drawing their attention to its own questionable nature. The Devil upon Two Sticks influenced many contemporary works and reveals how devilry captured the eighteenth-century English imagination.

During the Covid19 lockdown, opera singer Peter Brathwaite has recreated nearly 70 works of Black portraiture from the 16th century to the present, subversively repicturing for our moment of reckoning images that had once served a racialized hierarchical economy of servitude and enslavement.

“This is not the end!”: 1719!, Jacobite Ballads, and Scotland’s Cyclical History of Resistance

Since January 2019, the Scottish Opera has been holding interactive performances of a Jacobite-themed production entitled 1719! in dozens of primary schools across Scotland. Examination of Jacobite ballads printed around 1719 in relation to 1719! reveals shared patterns of thought: both 1719! and Jacobite ballads instrumentalize the past to cultivate a unique Scottish identity and sense of a cyclical history that resonates with contemporary cultural and political aspirations.

The “Royal” Wedding: An Eighteenth-Century Invention?

Our contemporary fascination with royal engagements and extravagant wedding dresses worn by English princesses has an eighteenth-century origin–for better, (or) for worse.

The Secret History of The Crown

With the premier of the second season of The Crown (2017), Netflix’s extravagant costume drama about Elizabeth II, the show has again occasioned debate among media critics and British historians.

Statement of Support for the National Endowment for the Humanities

The 18th-Century Common was developed with substantial support from the Wake Forest University Humanities Institute, which itself was founded with generous support from an National Endowment for the Humanities Challenge Grant. We are grateful that NEH funding has enabled an international array of scholars writing for The 18th-Century Common to share research with nonacademic enthusiasts of eighteenth-century studies.

The Great Forgetting: Women Writers Before Austen is a free podcast series addressing the lives and works of eighteenth-century women writers, devised and produced by one journalist and three academics. One day while chatting on Twitter, Helen Lewis (deputy editor of the New Statesman, a leading British weekly magazine focusing on politics and culture) Jennie Batchelor (University of Kent), Sophie Coulombeau (Cardiff University), and Elizabeth Edwards (University of Wales) discovered that they shared not only a love of eighteenth-century women’s writing, but also a conviction that the world needed to know more about it. An idea was born: a six-part podcast series, aimed at the non-specialist listener, about the lives, works and legacies of the women who changed the face of literature – but had, from the beginning of the nineteenth century, been gradually subjected to what Clifford Siskin calls ‘The Great Forgetting’.

The Marquis d’Argens: A Philosophical Life

The Marquis d’Argens (1704-1772) is mainly famous for a book he did not write, Thérèse Philosophe. That is a great pity, as the books he did actually write are far more fascinating and entertaining than that unfortunate misattribution. D’Argens was a sceptic, a thorn in the side of the Catholic Church, whose books were denounced by the Inquisition; one of them, La Philosophie du Bon-Sens, was burnt in Paris. He was also a close friend of Voltaire, and belonged to the generation that is often overshadowed by that towering genius.

We Want You to Get Involved with The 18th-Century Common

We’re excited to announce new ways to get involved in The 18th-Century Common, the public humanities website for nonacademic, nonstudent enthusiasts of 18th-century studies. There are two kinds of posts on The 18th-Century Common: Features posts and Gazette posts. Read more about these ways of getting involved in The 18th-Century Common; our Get Involved page includes tutorials on nominating content with the Twitter hashtag #18common, and on using PressForward to create Gazette posts. Contact the editors at [email protected] with questions, proposals for Features or Gazette posts, interest in serving as (or assigning your students to serve as) Gazette Contributors, or interest in becoming a Collection Curator.

In 2015 I wrote a Features post for The 18th-Century Common because I will never pass up an opportunity to tell the world about James Bruce, the verbose Scottish explorer who traveled to Abyssinia in the 1760s in search of the source of the Nile. But beyond the instant satisfaction of sharing something I find fascinating, contributing to a public humanities website turned out to be worthwhile for other reasons:

It was an opportunity to practice translating my research. In Fall 2015 I was on the job market, faced with the tasks of describing what I study to people outside my field, articulating how I make it interesting and relevant in undergraduate classes, and advocating for its intellectual and social impact. Reworking even a small piece of my project for a public audience helped me start developing language and examples to communicate its exigency.

Haiti’s First Novel: Expanding the Study of the Age of Revolutions

Out of print for over a century, Stella, Haiti’s first novel, has often been overlooked. This neglect is partly due to a nineteenth-century colonial mentality that denigrated Haiti and Haitians, constantly judging them against standards established for the purpose of exclusion.

Sex and the Founding Fathers

By tracing how intimacy has figured in popular memory of the Founders from their own lifetimes to the recent past, Sex and the Founding Fathers shows that sex has long been used to define their masculine character and political authority and has always figured in civic and national identity.

The Tercentenary of the Birth of Laurence Sterne: a Man for Our Times

In September 1792, on the day of the autumnal equinox, a Welshman named Iolo Morganwg met friends on Primrose Hill near what is now Regent’s Park in London. There, they made a circle out of stones. The largest stone was fashioned into an altar. On this altar was placed an unsheathed sword. Standing on these stones and dressed in wildly colored robes, the company recited Welsh history and poetry.

The Long 18th, a scholarly blog devoted to 18th-century literature, history, and culture, is conducting a week-long collaborative reading of Simon Gikandi’s award-winning Slavery and the Culture of Taste (Princeton UP, 2011), from May 13-20, 2013. We have been reading […]

Who Is a Terrorist? “Terrorism” in the Long 18th Century

“Terrorist” first entered the English language in Edmund Burke’s Letters on a Regicide Peace, written and published throughout 1795 and 1796 –the politician and philosopher’s extended argument against England ending its war with France, and his last reaction to the French Revolution. It came directly from the French “terroriste” and “terrorisme,” both of which came into use in 1794, during the most violent phase of the Revolution.

“The Mechanical Turk” and Automata of the 18th Century

In a recent article for the BBC News, Adam Gopnik reflects on the persistent allure of the Turk, a chess-playing automaton that fascinated 18th century spectators across Europe and America. 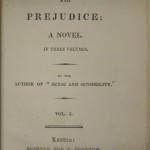 An 18th-Century Argument Against the Death Penalty 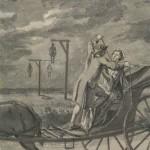 Daniel Defoe Around the Web

Here are some recent internet gleanings for enthusiasts of Daniel Defoe to explore: Stephen H. Gregg posts monthly on his Daniel Defoe Blog; most recently he wrote about what readers should call the character commonly known as “Roxana.” This Eighteenth-Century […] 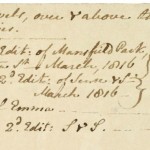 Dogs of the 18th Century 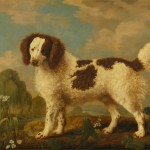 The invention of dogs as pets in the eighteenth century. 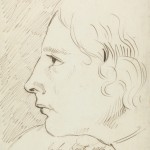 Friends and followers of The 18th-Century Common will likely want to read Professor Eric G. Wilson’s recent essay, entitled “Poetry Makes You Weird,” published earlier this week on the website of The Chronicle of Higher Education.  Wilson’s piece reminds us […]

The Afterlife of Mary Shelley (in New York City) 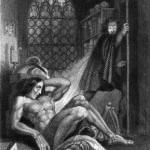 The literary and cultural reputation of the Shelleys is alive and well in New York City.

The University of Woodford Square and the Age of Obama 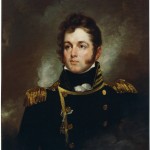 The non-Western world was the “common” of 18th-century Europe, territory to be gradually colonized—fenced off, walled off, or hedged off—by powers looking to raise the value (and the rents) of their respective empires.

“African” in Early Haiti, or How to Fight Stereotypes 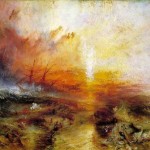 The concept of Africa as a unified region whose inhabitants share a common identity developed alongside the transatlantic slave trade of the eighteenth century. 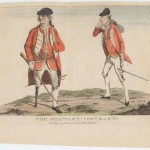 In the wake of last summer’s debt-ceiling crisis, Republicans blamed America’s slow economic recovery on big government – or rather, the threat of big government. They claimed that a “climate of uncertainty” – a fear of future regulations and taxation – was keeping “job […]

Fear and Love in a Revolutionary War 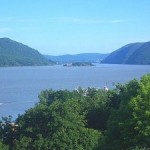 The memory began like a fairytale or Greek myth.  A young soldier walked along a forest road in the Highlands in the summer of 1780, the fifth year of the war.  Turning a corner, about forty yards off, he saw a young […]